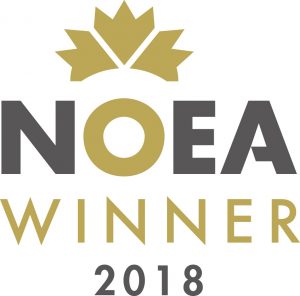 Bournemouth 7s Festival scooped both the Large Festival of the Year Award and Sporting Event of the Year. The judges said: “We liked the idea of merging a sporting event with a festival, adding a wider message of making sport fun for everyone. It was a unique spin on a sporting event and enabled more people to get involved.”

The panel of judges was led by Alistair Turner, Managing Director of EIGHT PR and Marketing; he was joined by Andy McNicholl. City Events Manager for Liverpool Council, Sally Piggott, Head of Festivals, UK for Eventbrite, Gill Tee from entertee, and Rachel Baker, GL events UK.

“The quality of the award winners was genuinely outstanding, and showed innovation, creative thinking and experience. These are great events, run by the best event professionals, and are a credit to the industry. We’re delighted to be giving them the recognition they deserve through NOEA.”

“The theme of the convention during the day was ‘It Could Never Happen to Me’, and underlines how NOEA members are providing the foundation of safety and security that allows creative event professionals to flourish. The winners this year showed professionalism and creative thought, and are a credit to the industry.”

“The standard of entries keeps getting higher and higher, which demonstrates the commitment of organisers to produce high quality event experiences. To win a NOEA award you need to be doing something really great.”

Caterer of the Year Award: Belistore

Event of the Year Award: Tom Kerridges Pub in the Park

Event Supplier of the Year – Services: Catered by Justin

Event Team of the Year Award: We Are The Fair

Production Partnership Year Award: We are Placemaking with Grosvenor Estates

Small Festival of the Year: Just So Festival